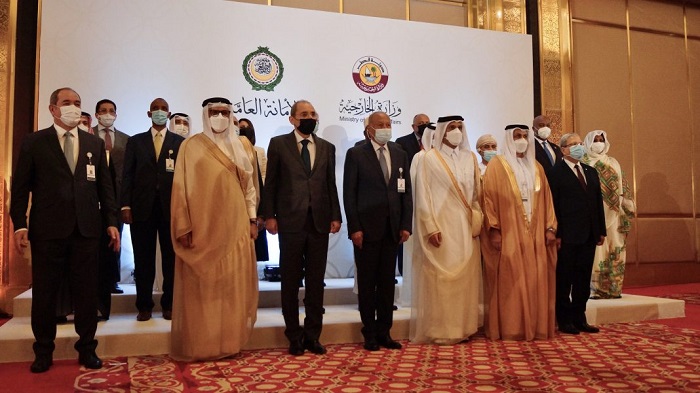 New York, (HCTV) Ethiopia has rejected a resolution by the Arab League which called for the intervention of the United Nations Security Council in the Grand Ethiopian Renaissance Dam [GERD] dispute, in a bid to mediate between Egypt, Sudan and Ethiopia.

“The Arab League of States should know that utilisation of the Nile waters is also an existential matter for Ethiopia,” said Ethiopia’s foreign ministry said in a statement.

“It is about lifting millions of its people out of abject poverty and meeting their energy, water and food security needs,” it added.

The comments came after members of the Arab League held a special session on the GERD in Qatar, where diplomats released a resolution in hopes of ending the dispute.

Secretary-General of the Arab League Ahmed Aboul Gheit announced that the Arab League has assigned a committee at the UN to coordinate work with the international bodies on matters related to the dam.

The joint statement called on Tunisia, Arab member of the Security Council, and the committee in place—consisting of Jordan, Saudi Arabia, Morocco and Iraq—to intensify its efforts in the GERD file by continuing to coordinate with Sudan and Egypt.

Members of the League also stressed the importance of water security in Sudan and Egypt, saying it is an “integral part of Arab national security”.

“The Arab League urges mediation to ensure that no unilateral steps will harm Egypt or Sudan,” said Qatar’s foreign minister.

The Arab League also demanded that Ethiopia stops any unilateral decision that could harm the interests of Egypt and Sudan, including filling the dam, without reaching an agreement.

Responding to the resolution, the Ethiopian ministry’s statement went on to say that Addis Ababa is “exercising its legitimate right to use its water resources in full respect of international law and the principle of causing no significant harm”.

Addis Ababa also said that the GERD is “an African issue” that “can only be resolved through good faith negotiations and compromise in the spirit of finding African solutions to African problems”.

The GERD has been an area of conflict between Egypt and Sudan on one side, and Ethiopia on another.

Ethiopia has previously expressed its lack of enthusiasm in resolving the dispute, opting not to sign an agreement in the US with Egypt and Sudan as the parties were close to reaching a resolution brokered by Washington.

The African Union has also been playing a mediating role in the GERD.

“African mediation on the Renaissance Dam started about a year ago, but unfortunately it did not produce the desired results,” said Aboul Gheit during the press conference on Tuesday.

The feud was triggered by Ethiopia’s decision to construct the dam on the Blue Nile, which it shares with Egypt and Sudan, in order to create a large hydroelectric project to supply its people with electricity.

The GERD would allow Ethiopia to double its electric capacity and further enable it to be more sufficient in electricity, while making it Africa’s biggest power exporter.

However, Egypt and Sudan have both voiced their concerns over its construction for reasons that have worries each country, including threats to water security and the flow of the dam.

Talks on reaching a middle ground between the three countries have stalled since April, with Cairo and Khartoum calling for an international agreement over the water flow.

The dam is now 80% complete and is expected to reach full generating capacity by 2023 to become Africa’s largest hydroelectric power generator.

Ethiopia’s intention to continue to fill the dam during the upcoming flooding season in the summer of 2021 was also raised as an area of concern in the Arab League, describing it as a violation of international law as well as an agreement between the three countries signed in 2015.

“[The Arab League] demands Ethiopia to stop any unilateral decision that could harm the interests of Egypt and Sudan, including filling the dam without reaching an agreement,” added the statement.

Qatar has also assumed a mediating role in the GERD following requests from Khartoum and Cairo.